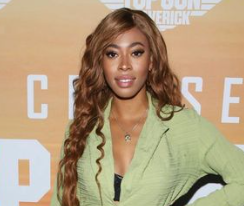 Drea Okeke (Drea Knows Best) is a Nigerian American Tiktok star and social media influencer. Despite having a degree in Industrial Engineering from Penn State University, she is passionate about creating content and engaging her legions of TikTok and YouTube fans. Drea is a well-known social media influencer. She has over 6 million TikTok followers, 224k Instagram followers, and 70.2k YouTube subscribers. Drea also had a Vine community where she posted her comedic vines.

Despite her engineering background, Drea began her career as a TikTok content creator.

When she was studying for her diploma, she used to make short comedy videos in between classes. As her TikTok videos grew in popularity, Drea began to focus more on them.

Drea’s videos were always intended to make people laugh. Drea does not only post funny videos, but she also posts inspirational videos and makes her followers aware of various social issues.

Drea is a part of Black TikTok, an account dedicated to black creators. This account promotes black people’s issues and backs the Black Lives Matter movement.

Drea comes from a middle-class family. Her parents are Nigerians who moved to the United States when Drea was a child. She lived with her parents for a while.